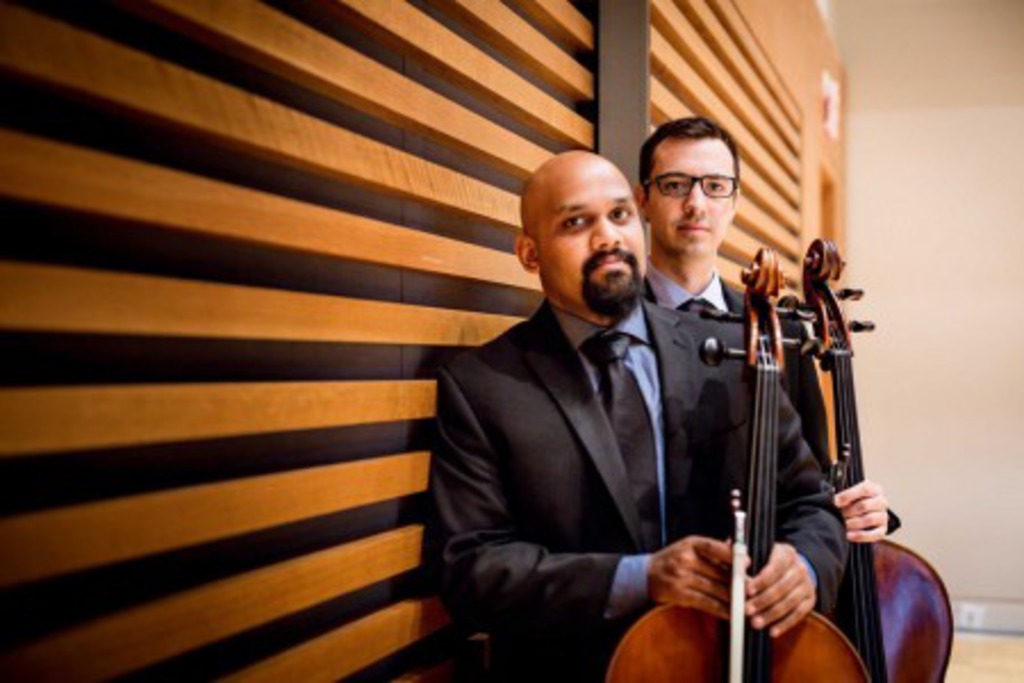 VC2 is an innovative cello duo able to captivate audiences through their performances of classical masterworks, unknown gems and boundary pushing music. Comprised of cellists Amahl Arulanandam and Bryan Holt, the Toronto-based duo presents artistically challenging yet accessible programs and have performed in venues ranging from intimate pubs to Roy Thomson Hall.

The pair met in 2008 while attending the University of Toronto where they both studied under Shauna Rolston. They both chose to continue their studies at the Schulich School of Music at McGill University where they completed their Master's Degrees with Matt Haimovitz. In 2015 they both found themselves back in Toronto and a musical partnership was born.

The music of our time is an art form close to the heart of VC2. They strongly believe in the support and creation of new works by living composers, especially those from their home country of Canada. To this end VC2 commissioned five Canadian composers to create works based on the Beethoven Cello Sonatas, and have other future collaborations in the works. The album of these works, titled “Beethoven’s Cellists” will be released in July 2018 and was made possible by the generous support of the Ontario Arts Council.

VC2 seeks to take a place at the forefront of the Canadian chamber music world, bringing their unique brand of cello-fueled music coast-to-coast. In February 2018, VC2 embarked on a tour of the East Coast of Canada, presented by Debut Atlantic. The duo also spent time this past summer at the soundSCAPE performance and composition exchange in Maccagno, Italy and brought home a number of new works by emerging international composers.