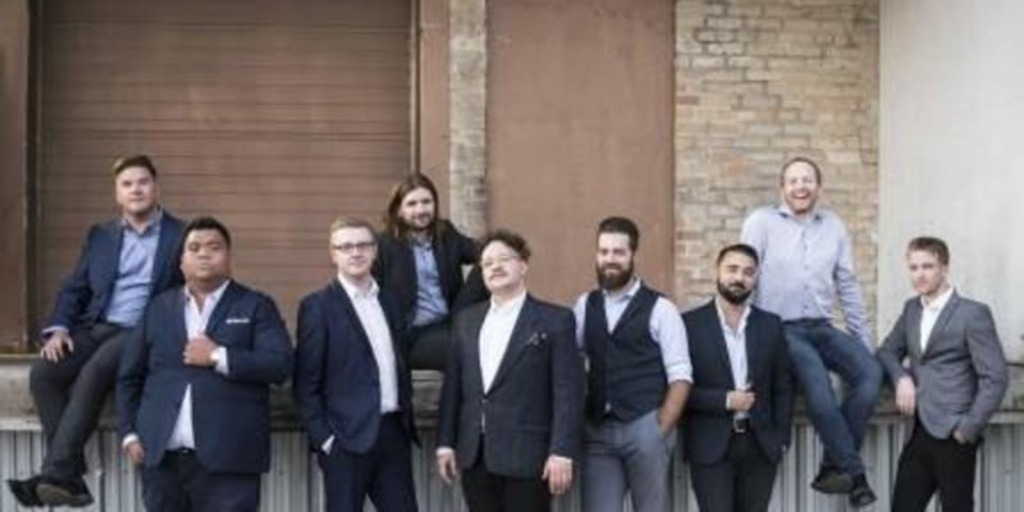 Saturday, April 4 at 7:30 p.m.
The Glesby Theatre
Doors open at 7 p.m.
Tickets can be purchased through our Box Office, open Tuesday to Friday 10 a.m. to 5 p.m. or online through eventbrite.ca

Made up of nine performers who represent a cross-section of the Winnipeg music and theatre community, Those Guys have built a reputation for dynamic, feel-good performances. Their repertoire, which ranges from Billy Joel to Bruno Mars, features complex (often original) musical arrangements performed without a single instrument. Those Guys have released three albums, “That Album” (2012), “Live!” (2014), and “This Christmas” (2015). In 2016, Those Guys had the honour of opening for The Nylons during their Farewell Tour. Those Guys are Ben Campbell, Bernie Pastorin, Darren Martens, Derek Leenhouts, James Cambell, Matthew Baron, Michael Engstrom, Sheldon Atts and Wes Rambo.